Click the link below to view our allergen guide, where you can filter out dishes containing any of the 14 major allergens.

This information is also available on the Glass Onion app. Our food and drinks are prepared in food areas where cross contamination may occur, and our menu descriptions do not include all ingredients. 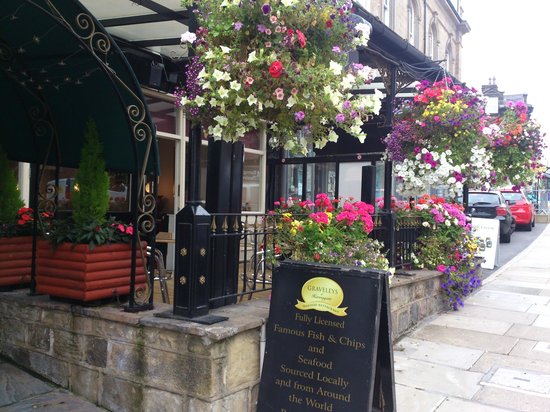 If you have any questions, allergies or intolerances, please let us know before ordering. Please ensure that you refer to the onsite allergen guide on each visit to confirm that nothing has changed.

Food and drinks menus at The Pine Marten in Harrogate. Her sticky toffee pudding creation, particularly, is in a light, beautifully crafted class apart. It is an illustration of how Britain is tightening its collective belt that, even in well-to-do Harrogate, a restaurant of Sasso's reputation needs to discount. Good complimentary tapenade and somewhat pappy bread, was followed by a discus-sized Milanese fish cake, served with an interesting, zippily dressed mixed salad and a creamy, nicely calibrated horseradish sauce.

The cake was well-seasoned and accurately cooked, the filling fairly generous.

All in all, it was a very pleasant plate of food. The only sour note was having to listen to a bloke at the next table, one of several middle-aged, lunchtime bargain hunters, explain how public sector waste is strangling the UK economy. Midweek lunchtime and this slightly dated modern restaurant — clean lines, abstract art, curious plum 'n' pale green colour scheme — was packed. Its very competitively priced lunchtime menu clearly has a loyal local following.

It's not hard to see why. Service is efficient and super-friendly, little touches water comes with ice 'n' lemon in an attractive blue pottery jug set it apart, and the kitchen is sending out reasonably sharp versions of crowd-pleasing international classics such as stroganoff, salmon pasta in dill and watercress sauce, Caesar salad, and stir-fried chicken noodles with hoi sin vegetables. A chunky fish broth was a big bowlful which, while not making any pretence to bouillabaisse levels of sophistication — the broth's predominant flavour was tomato and garlic, not fish — was hearty, flavourful and packed with lightly fried gnocchi and sizable hunks of salmon, white fish and, slightly dry, tuna.

Likewise, the rouille was a rather route-one blended paste, but tasty. Another lunchtime bargain and, arguably, the pick of the bunch. Good in their different ways as Sasso and Quantro were, the experience at chef-owner Lionel Strub's French restaurant is, in all respects, a step up. With its understated pale blue and off-white colour scheme and its decorative ironwork sculptures, the space itself is classy.

The service is also easygoing, chatty and on the ball, in a way that is all too rare. The food was of a piece with this.


An accurately cooked sea bass fillet arrived on a generous portion of vibrant, saline samphire with a beurre blanc that had a pleasing vinegary twang. This came with a good side of vegetables carrots slightly overcooked, the only misstep , as well as free filtered water and a little complimentary appetiser of good beetroot and walnut bread. If one of the aims of a discounted lunch menu is to tempt you back to pay full price at night, Mirabelle's was certainly the most persuasive.

With its taxidermy, oil paintings, Chesterfield sofas, faux-flickering gas lamps and handsome dark wood fixtures, it looks how big old Victorian pubs might had Laurence Llewelyn-Bowen been alive at the time. The food, however — and the Fat Badger is particularly useful in that you can eat here all day — will quiet any misgivings about the decor.

Welcome to The Tannin Level

Judging by a sample bowl of mushroom soup — big-hitting flavours, a nice sour cream edge, dressed with a seriously pungent truffle oil — the kitchen is cooking with enough rigour and skill to pull off the above with aplomb. Coldbath Road, , thefatbadger. Chatting as my meal is cooked, the guy behind the counter tells me he has spent so long in fish 'n' chip shops, he can now tell what brand of oil a chippy is using, just by sniffing the air.

That is the kind of knowledge you want in a chip shop. This being Yorkshire of course, Graveley's uses beef dripping. A good quality one too, I'd guess, given that my haddock and chips was perhaps most notable for the savoury unctuousness, that ineffable lip-smacking background beefiness, which echoed through both the chips and fish. The former had a decent crunch, if not a shattering glassiness, while the batter was thin enough, if not quite of the tempura-like lightness it can be.

The mushy peas 90p were bright and fresh and a reminder of what a warming, soul-stirring treat they can be when made properly. Tucked away upstairs at the Blues Bar, Hani Zayed's one-man operation serves homely Egyptian food at very keen prices. Don't expect anything flash. 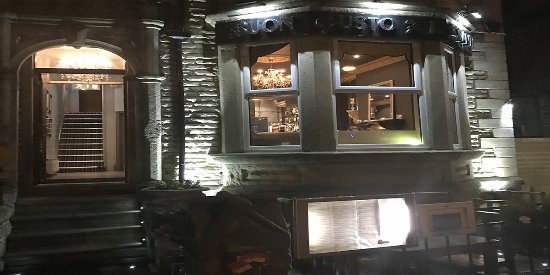 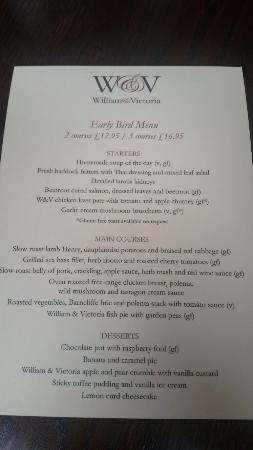